Continuing our 20th Anniversary celebration, Atlanta Design & Build honors the great skills of our Lead Carpenter, Bill Brown, who has been a part of our team since July 28, 2015.

Bill grew up in Rhode Island and studied at Toll Gate Vocational-Technical school there. An ambitious young man, Bill was cutting lawns for extra money after school when one of his customers offered him a job with his construction company. After he graduated, at age 17, Bill took on a job as a beginning laborer with another construction firm. His initial tasks involved carrying wood around and picking up items for other guys as he learned how to frame houses. Early on, the company he worked for was building custom homes and then switched to remodeling after the market crashed in the 1980s.

In 2003, at 34 years old, Bill moved to New Hampshire where he began working again for a company that built custom homes. He did the framing, roofing, window and door installations, and exterior trim on $12-18 million homes. 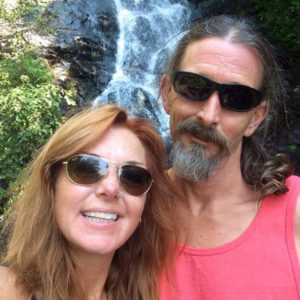 After several years in New Hampshire, Bill decided to move to a warmer climate because he disliked the cold weather he was experiencing on the job. He and his wife relocated to Atlanta where Bill signed up with a temp agency. As a self-proclaimed workaholic, Bill was nervous about moving to a new city without a job already in his pocket. The agency got him into contact with Atlanta Design & Build in July of 2015, and he’s been with us ever since. “I’m absolutely loving the weather,” exclaims Bill. “I get to work outside in a T-shirt from early spring through late fall!”

As a Lead Carpenter, Bill does a little bit of everything, including siding, framing, roofing, sheet rock, tile work, and finished carpentry on the exterior and interior. Typically, the ADB team performs demolition and build out of necessary framing. They then manage the plumbing, HVAC specialists, electricians and the trades required. ADB professionally completes the project. “We’re hands-on through the entire project,” says Bill.

Bill is very proud of the quality of work we produce for our clients. “I’ve noticed a lot of shoddy craftsmanship down here,” Bill says. “The Atlanta Design & Build team produces the highest quality work I’ve seen.” Bill also enjoys the people he works with and the family-like atmosphere of his team. His great sense of humor is a big asset to the atmosphere. 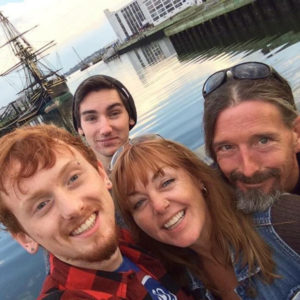 Outside of the office, Bill and his wife and two stepsons like to get out into nature by hiking and enjoy spending time at the beach, such as Jekyll Island, whenever possible. Bill does woodworking and also shoots pool with his stepsons at home.

He shoots pool as a member of the American Pool Association, which is a nationwide league. His team has traveled all over Georgia and is currently in the semi-finals for this year. If they win, they’ll get an all expenses paid trip to Las Vegas!

In addition, Bill enjoys reading psychological thrillers. One of his favorite authors, Dean Koontz, wrote “The Key to Midnight”, which Bill recommends.